From the Choctaw Community Partner Fund, the city of Stigler has banked its funds for a larger capital project. Last year, Haskell County used its funds to update the courthouse lighting and replace the third-floor windows. 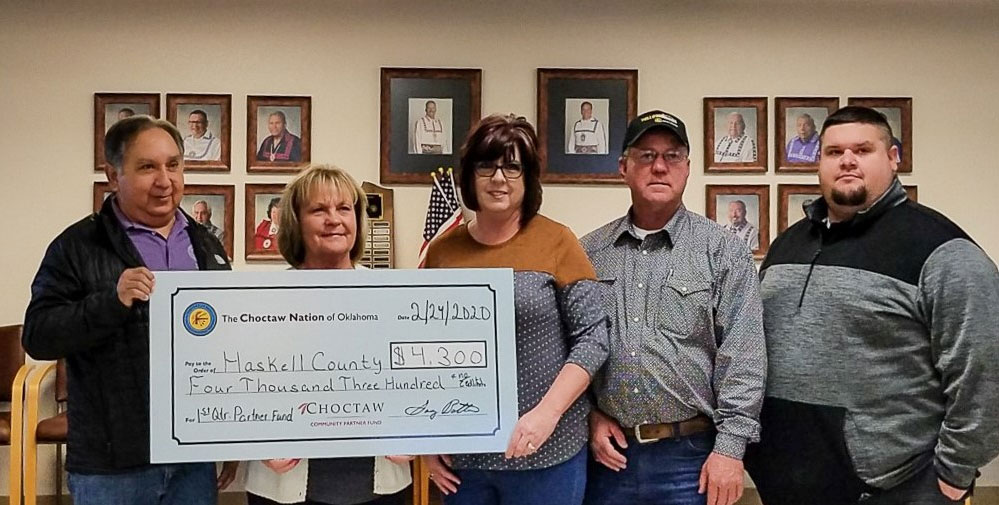 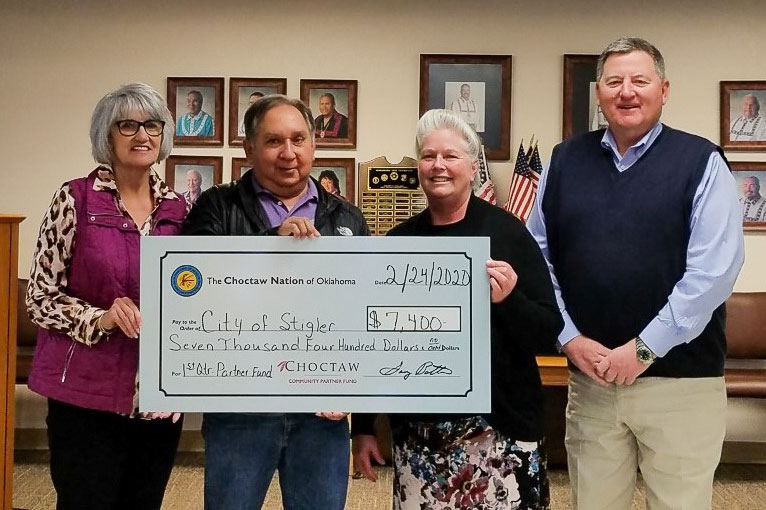 About the Choctaw Nation

The Choctaw Nation is the third largest Indian Nation in the United States, with close to 200,000 tribal members. The first tribe over the Trail of Tears, the historic boundaries are in the southeast corner of Oklahoma. The vision of the Choctaw Nation is "To achieve healthy, successful, productive, and self-sufficient lifestyles for a proud nation of Choctaws." Tribal business success over the past few years has enabled the Choctaw Nation to begin to achieve this vision, as well as to assist the communities that are in the Choctaw Nation. Faith, Family and Culture are important values to Choctaw people. For more information about the Choctaw Nation, its culture, heritage and traditions, please go to www.choctawnation.com.