Choctaw Nation of Oklahoma Donates more than $9,000 to Town of Spiro

The Choctaw Nation of Oklahoma and its division of Strategic Development awarded the town of Spiro $9,461 that will be used to match a USDA Rural Development grant to make the town more handicap friendly.

The funds received will be used to create two handicap bathrooms; one will be at the city clerk's office and one will be in the municipal building. Installation will be complete the end of 2020.

"The town of Spiro has been operating our offices for many years without handicap accessible facilities available," states Ronnie Parent, Mayor of Spiro. "The ability to move freely around town is such a fundamental part of independence. We appreciate all the support from the Choctaw Nation and are excited to provide people with disabilities the accessibility to travel independently throughout our offices."

The Choctaw Development Fund is dedicated to stimulating the community and economy to create jobs and promote economic growth within the Choctaw Nation of Oklahoma territorial boundaries. The goal is to promote successful, productive, and self-sufficient lifestyles of tribal members and their communities.

"This is a significant improvement for the town and great step towards accessibility and mobility for residents," state Delton Cox, Choctaw Nation Councilmember District 4. "We are honored to assist them in bringing the building up to code to meet the American with Disabilities Act (ADA) requirements. The addition of ADA facilities will make the city eligible to apply for federal and/or state grants in the future."

The town of Spiro made numerous upgrades over the years with the help of the Choctaw Nation. In March 2017, $25,500 was received for crosswalk installation and again in December of 2018 for $94,600 for installation of automated water meters for a total of $120,100. The Choctaw Nation believes in supporting its local towns and making them a better place to live for the entire community. 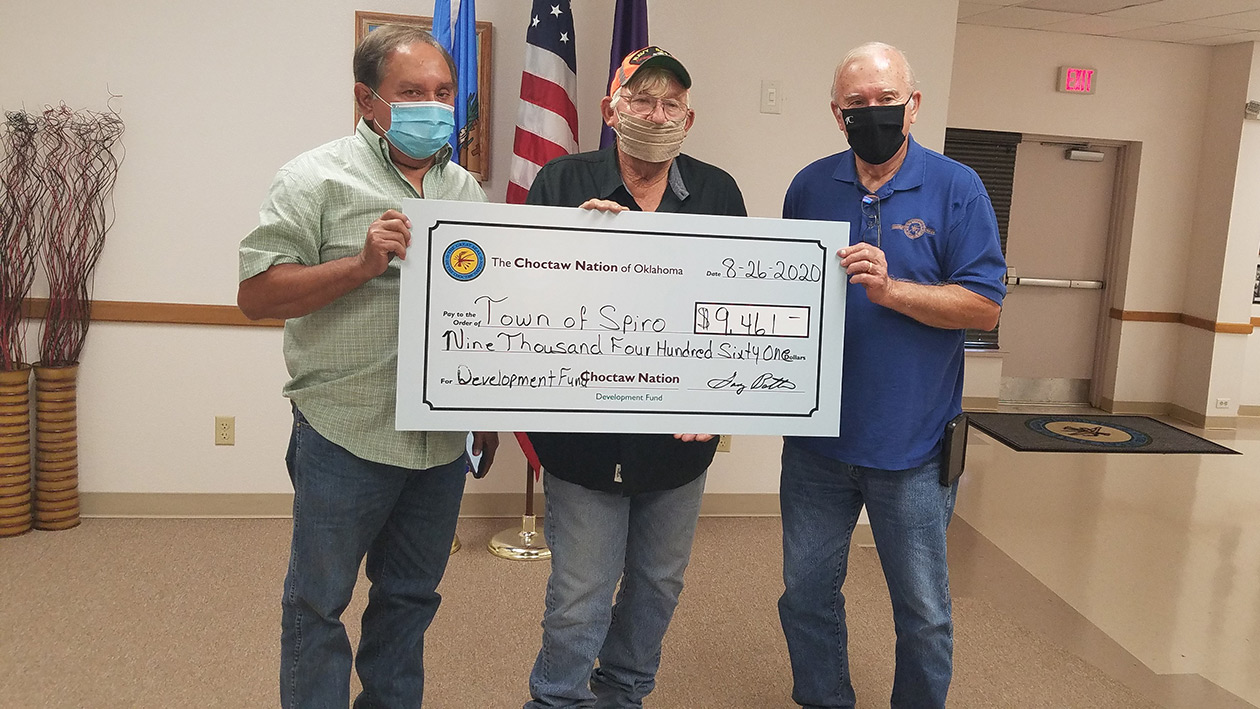 About the Choctaw Nation

The Choctaw Nation is the third-largest Indian Nation in the United States with nearly 200,000 tribal members and more than 10,000 employees. The first tribe over the Trail of Tears, the historic boundaries are in the southeast corner of Oklahoma. The Choctaw Nation's vision, "Living out the Chahta Spirit of faith, family and culture," is evident as it continues to focus on providing opportunities for growth and prosperity. For more information about the Choctaw Nation, its culture, heritage and traditions, please go to www.choctawnation.com.